Babyland was created in the fall of 1989 as an independent multimedia art project by Dan Gatto (electronics/vocals) and Smith (percussion/noise). Inspired by the wide range of cultural references current in Los Angeles at that time, such as acid house and punk rock, the purpose was to create a new voice of defiance and self-reliance that could some-how rise above the endless monotony of the mass media. Early works focused on the relationships between the individual and society, and the necessity to find transcendence beyond the unjust situations that individuals often face. By the end of 1990, a series of live performances had transformed the art project into an actual band, and the true heart of Babyland had emerged in the performance-based medium of live electronic music coupled with punk rock energy and sometime experimental destruction.

The first recorded output from the band, the seven inch EP 1991 (released on the legendary LA punk label Flipside Records in January of that year), served as a good guide for much of what was to come: Fast, short, and noisy sample filled songs with an aggressive edge that had come straight from the stages of punk rock clubs of Los Angeles at that time. The literary and filmic references (Albert Camus or 1970’s Sci-Fi, for instance) were on an equal footing with the impact of sharing the stage with an older generation of artists who provided a link to the heritage of independent music. Influences on the Babyland process and/or sound at the time included lessor known LA artists like Distorted Pony, Ethyl Meatplow, and Pressurhed, as well as legends like The Human League, Big Black, Meat Beat Manifesto, 808 State, Nitzer Ebb, Fugazi, and Einstürzende Neubauten.

Over the next six years, Babyland teamed with Flipside and released three full-length efforts, (You Suck Crap, A Total Let-Down, Who’s Sorry Now?) in addition to numerous singles, EP’s, and compilation appearances. With each release, the band exceeded the expectations of audiences by deconstructing their own musical process: each release offering a new piece to an ever-expanding puzzle. Continuous live performances both in Los Angeles and on tour throughout the US helped sharpen both the intense live performances and personal elements in the song writing. A serious of infamous desert shows (Jawbone Canyon, Deep in the Mojave) and the occasional film soundtrack (most notably in Gregg Araki’s The Doom Generation) added to the Babyland reputation for delivering the unexpected. Throughout this period, the subject matter of the songs developed into a keen vision of what is emotionally important to real people, both in their relationships to each other and with the society that always seems to want to screw them. So what is the point? You have to go on…

Babyland’s fourth full-length release, Outlive Your Enemies, was issued at the end of 1998 on their newly formed Mattress Records. A larger work than the previous three full-length releases, this album embodied the greatest turning point in the history of the band, and was a significant step deeper into the DIY realm than even the Flipside years had been. Still reliant on the lessons learned during the live performances, this record showed a greater ability to effectively work in the studio to also achieve a separate result from the live sound alone. Primitive electronics wrestled with emerging anger, doubt and experience; a committed defiance was etched into each and every song. Despite a total lack of support from any institution other than the band itself, this release managed to claw it’s way onto the CMJ RPM charts and into the hands of numerous listeners, mostly through word of mouth and a loyal fan base.

The 21st century for Babyland began with the 2001 release of Decade One, a full-length retrospective of the first 10 years released by Dependent Records in Germany, which was released in support of Babyland’s first European performance in April of that year. The next 2 EPs (2002, Past Lives) were sent out as a wake up call for things to come: raw energy channeled into direct, human pop songs; refined chaos glued together by crashing percussion, electronic beeps and strained vocals. The Past Lives CD single pushed this evolving direction even further, offering for the first time new musical perspectives via daring remixes by Mochipet, Midnight Laserbeam and Tom Vos.

In 2005 Babyland released their fifth full-length, The Finger, on both sides of the Atlantic. This full-length refined emerging melody and song structures; there was a renewed confidence. Babyland now started to be embraced by a new generation of hard electronic/industrial fans, playing shows with Nitzer Ebb, Combichrist, Imperative Reaction and touring with VNV Nation. The indie/punk rock world Babyland called home was now expanding into a new age, even the growing minimal synth/laptop and dance punk scenes were finding excitement in Babyland’s hybrid sound and live elements.

In 2009, Babyland released their sixth full-length album, Cavecraft on Metropolis. This album is the culmination of nearly three years of the independent brand of song writing, live shows, and experimental production; the band has put the core material though a brutal process of live performance and meticulous revision that has resulted in songs that might actually be about something specific, yet still hold the impulsive attraction of the spontaneous and alive. The sounds hold true to the signature Babyland growl, bang and purr - yet there is also a refinement of composition, a focus on the moment, a freedom of emotion. It is the latest step in a genre-defying journey through an artistic landscape littered with the wreckage of destroyed pop culture in search of the insurgent spirit of independence that lies within us all. 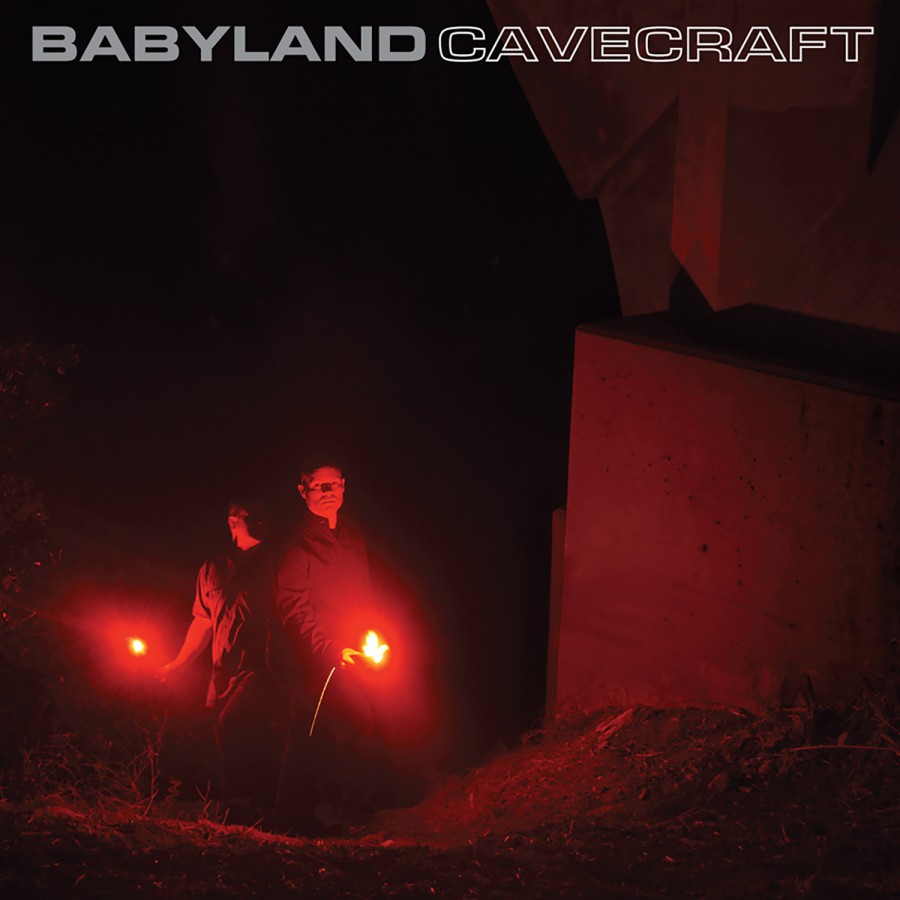