Featuring Monica Richards (Faith and the Muse) on vocals, Strange Boutique rose out of the ashes of the Washington harDCore punk scene with a unique sense of song-writing, which crossed barriers and broke new ground in post-punk/alternative music. As the best kept secret of the 80's and early 90's, Strange Boutique created their very own eclectic brand of powerful, guitar-driven ethereal rock.

Monica Richards and Daniel Ingram formed the band Madhouse in 1983 and kept it together for four years. In that time, it outgrew its original punk-rock leanings and became a strange blend of many different genres of music, rendering it completely unclassifiable and utterly unique. Unfortunately, Monica lost her voice and had to retrain her vocal talent. The band floundered, lost bassist Franz Kellner, and went on hiatus.

In 1987 the band sold the name Madhouse to a jazz band that was on a major label, added Steve Willet as their bassist, and adopted the name Strange Boutique. Monica found her vocal niche and the band created its own sound that was successful, powerful and rendered a huge following. Their first EP, Easter Album, was a success. CMJ New Music Report is quoted describing their music as having intertwining themes and a ghostly glow. The band was known for its interesting appearance and on-stage energy. They used backdrops, stage sets, costumes and even smoke. Their theatrical and lively performances helped them grow in popularity. The band became quick friends with the band Killing Joke who took them with them to tour in Europe, spreading the band's success overseas.

Metropolis Records released a "Best of Strange Boutique" CD world-wide in 2004. The Collection: 1988-1994 contains songs from every Strange Boutique album and also some hard to find material, displaying a full spectrum of their music. Complete with their cover of David Bowie's "Heroes" and a Quicktime video for "De Milo" (shot in 1991), The Collection is sure to invoke feelings of nostalgia, awe, and a renewed interest in one of the greatest underground bands of all time. 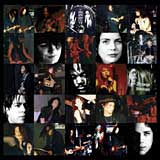