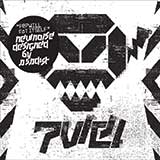 Pop Will Eat Itself

New Noise Designed By A Sadist

A new era dawns for iconic band Pop Will Eat Itself, with a revival by principal songwriter and co-frontman Graham Crabb. This unique band, whose influence touched the careers of acts such as The Prodigy and Nine Inch Nails, still has a large, strong following worldwide.

After the 1986 debut, Pop Will Eat Itself made its mark on the independent music world by morphing from indie pop wonders into hip-hop rock crossover pioneers. Years ahead of their time, PWEI produced a furious mix of beatboxes, metal riffs, MC'ing and pop songs. Industrial grooves, machine precise rhythms, and infectious grooves still prevail on New Noise Designed By A Sadist, as evidenced by standout tracks such as “Nosebleeder Turbo TV,” “Equal Zero,” and the pummeling “Seek & Destroy.” Crabb faced the challenge of creating a classic PWEI album a full 25 years after the first EP release. The result, New Noise Designed by A Sadist, is an album that sounds more exciting and relevant than most of what is being produced in 2011.