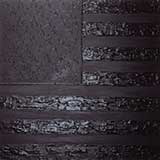 New Hope For The Dead

Following a brief stint as The Resistors, the Luton based UK Decay was formed in the winter of 1978. From there the band became renowned in the late 70's – early 80's UK punk and underground scene and was one of the first bands to blur the lines from punk to what was then becoming called "Gothic". After lying dormant for three decades, the winter of 2012-13 saw UK Decay enter the studio with renowned rock producer Chris Tsangarides to record the long awaited follow-up to the 1981 underground classic For Madmen Only.

The resulting album, entitled New Hope For The Dead, is a heavy sonic assault built upon the politics of dissent with contents that cover big issues such as the twin evils of extremism and bigotry, the fracturing nature of society, the lack of engagement by today's generation and the attraction of things that ultimately harm us. Never driven by aspirations of commercial success, the band would rather be active and outspoken on issues such as racism and imperialism.

“We're not here for a nostalgic reunion,the band somehow came back together as we felt we had something to say about our times and put out music that is made of these times ” says singer Abbo. “There have been three or four generations of music since we originally split up, but there is a vacuum in music of any comment or action in kicking against a world of apathy, discrimination and totalitarianism.”

“We are finding that our voice resonates with old and new alike,” adds guitarist Spon. “It's a new time but the same problems exist. We've always been a political band, but one that's able to reference human passions too. The new album encapsulates all of that and presents it with a sound that is the best we've ever achieved.”