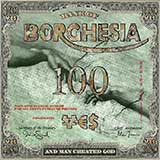 Limited Edition LP Vinyl version of the album, only 300 copies made!.

Release date subject to change due to manufacturing turnaround times.