Listen & Buy
Pulse Legion was formed in 1996 in Hawaii by John Ricker and Samuel P, although within a year they had relocated to Los Angeles and acquired a third member - Jason DM.

Together these three electronic musicians created synthetic dance music at its best, and soon were picked up by COP International Records for the release of their debut recording - 1997's "Evolve". Well received by both fans and press, "Evolve" showed a band at its peak, not a band just starting its recording career.

Metropolis Records is proud to be present Pulse Legion's sophomore release, "One Thing", a remarkable continuation of the quality originally displayed in "Evolve". 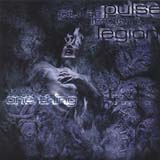