Coming from Los Angeles with roots in the legendary Chicago Wax Trax! scene is the new duo Trash Deity. Combining the  chaos and energy of the classic Wax Trax! sound updated with hard and modern production, Trash Deity is Groovie Mann aka Franke N. Nardiello (My Life With The Thrill Kill Kult frontman/writer) and accomplished music producer and Industrial artist John D. Norten (Blue Eyed Christ). The debut Single, "Finger on a Trigger", combined classic Groovie Mann vocals and cryptic lyrics with an infectious heavy electronic/guitar groove benefitting from Norten’s studio experience with major artists. The accompanying unique Music Video was comprised entirely of manipulated shots of paintings from the twisted imagination and eccentric mind of Groovie Mann. The second single and video, “Run 4 Your Lies!” was released in 2017 solidifying Trash Deity and catching the attention of Metropolis Records

2018 marks the anticipated release of the debut album, Cross & Divide, on Metropolis Records.

Cross & Divide Album is an album for now and is a representation of the confrontational and divisive times we live in. It’s a journey into the manic world of Trash Deity from the opening invitation of “Let’s run away” to the powerful closing Album statement “Change”. Each song has its own identity, but the album was designed to be a trip on a journey. It sounds totally cohesive and totally chaotic at the same time...just like us! 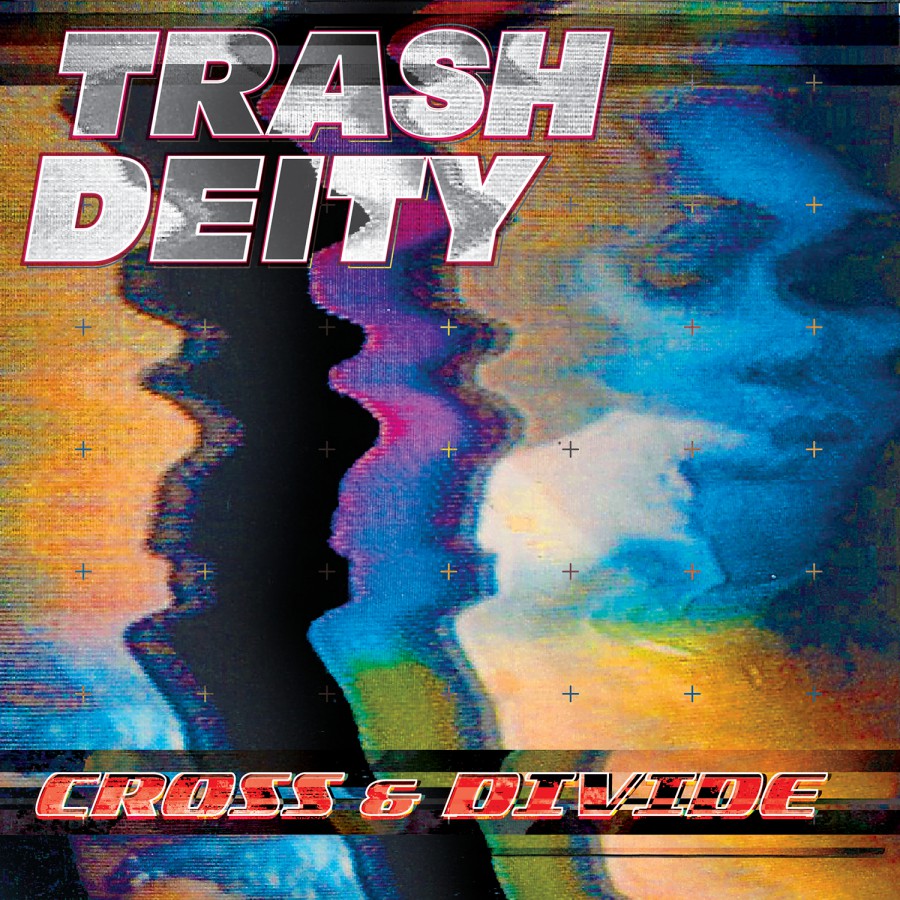