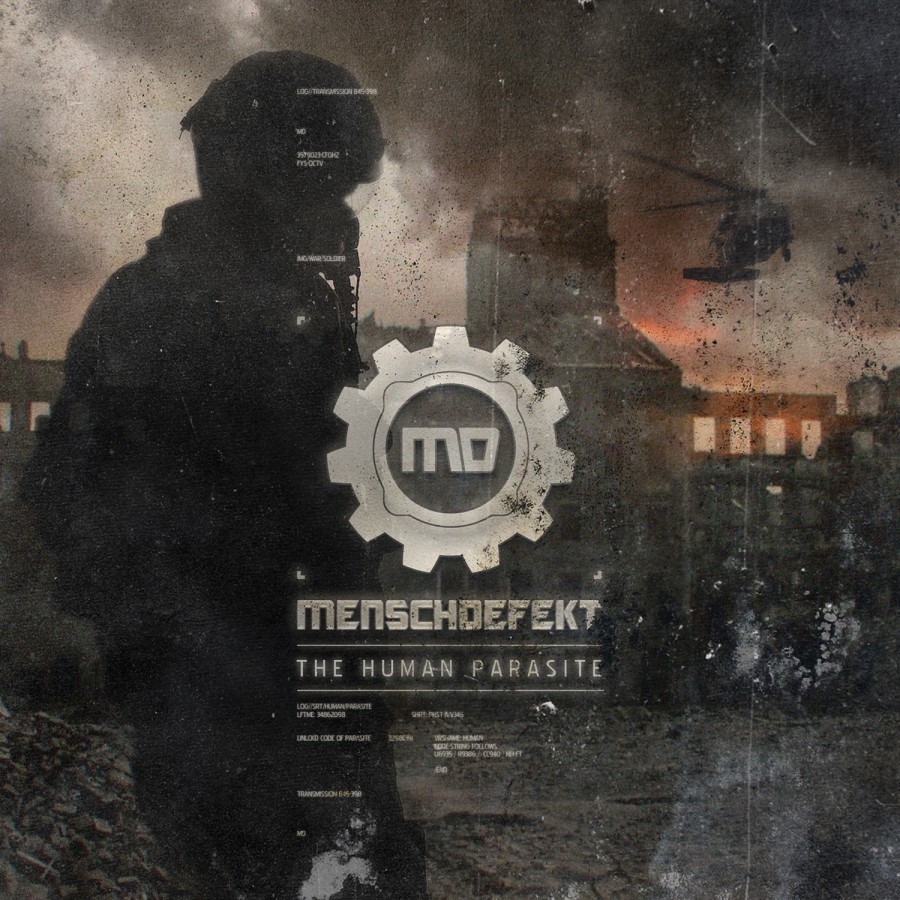 A relative newcomer to the scene, Menschdefekt (roughly translated as Broken Man) is an excellent harsh electro act. Though stylistically the sound mainly moves between Electro and Industrial, the influence of different genres such as Trance, Future Pop, and Gothic shine through. While the vocals are dark, aggressive and significantly distorted, the lyrics are deliberately constructed to be socially critical and provocative in order to reflect the term “menschdefekt.” The human psyche plays a major role in the development of the lyrics, as do such topics as war, nationalism/ fascism, murder, consumer consumption and our wasteful society. Compelling electro rhythms are mingled with media samples, adding to a sense of insanity and absurdity in the overall compositions. With The Human Parasite, Menschdefekt has laid out its manifesto, and done so with driving force.