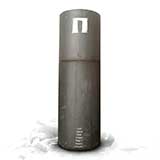 And Shun The Cure They Most Desire

The band formed in Florence in 1979 and started experimenting with electronic machines in 1981. Sporting a pragmatic mix of big beats, the unbridled urge to experiment, purposeful provocation and a big hunk of pure gaga, the Electro-/EBM-pioneers have always held an exceptional position in the scene. Club compatible? Yes. Strange? You bet! Showing the finger and sticking out their tongue at everything that moves while simultaneously lunging out with a massive, electronic kick in the ass, Pankow has not lost an iota of uniqueness, although it has been some 30+ years in existence. Be it on their own or at the hands of resourceful remixers, the Italians remain anything but predictable. And Shun The Cure They Most Desire proves that noisy Industrial-beats can be a good partner for a catchy, anthemic tune, and Old-School-EBM stomper, dark onslaughts of fat Electronica, minimalistic Noise-Pop-songs, Electroclash – anything goes, as long as it's hitting hard. Is this EBM? Industrial Pop? Electro Rock? Catchy cacophony? Old school? New school? Any school? It's Pankow. Let's just call it ground-breaking… as always.