Then Comes Silence are the Swedish captains of postpunk. The quartet from Stockholm is a fresh breeze of gothic renaissance, kicking darkness around with hammering rhythms and melodies that make hearts melt and blood freeze. The fascination for doom and darkness pervade and influence every tune and word.
The music of Then Comes Silence takes the listener on a journey from swinging postpunk to the shadows of goth-gaze and into scraps of coal hearted psych. The sharp soundscape is intense, massive and pounding. The lyrics flirt with death and sorrow. It’s goth, psychedelica, rock and post-punk in a symbiosis. Since the band’s very first show, as the opening act for A Place to Bury Strangers in 2012, The sonic collaboration of two guitars creates an imaginative dimensional sonic picture, propelled either side of the drum and bass lead, like a dark and winged creature. Sinister and threatening vocals set up a presence that is both exciting and foreboding. Adrenaline guaranteed! Their music attracts wide attention and is praised for its apocalyptic sound and dystopian message.

In 2018 the band opened for Fields Of The Nephilim and Chameleons Vox in Germany and are more frequently a part of the line-up on the festivals in Europe. The same year, Seth Kapadia and Jens Karnstedt left the band and the former session musicians and touring substitutes Mattias Ruejas Jonson (ex A PROJECTION) and Spanish born Hugo Zombie (ex Los Carniceros Del Norte) became the new members in the band.

Death is a faithful muse. It‘s certain, reliable, absolute – in short: it‘s everything all the other muses are not. Creativity and inspiration are fickle friends, lost between sweaty sheets or at the bottom of too many bottles. In the face of death, however, the gods of inspiration are in top form all of a sudden, rushing onward with all guns blazing, torching every synapse they can find. Swedish post punk goth rockers Then Comes Silence are very well aware of that never ebbing source. It may be the last threshold, the ultimate border between this life and whatever comes next. For gothic connoisseurs Then Comes Silence, it‘s a powerful force goading them on and on.

Back in 2017, this obsession with all things fatal lead to “Blood“, a massively morbid, darkly throbbing indulgence uniting the best of apocalyptic post punk and foggy goth rock. A deadly, strangely intoxicating cocktail, released by global player Nuclear Blast. “All that was remarkable”, founder Alex Svenson recalls. “When we signed with them we suddenly got a lot more to do as a band. You think it's going to be less complicated with a bigger label, but it's not.” In other words: The career boost came at a price. Then Comes Silence evaluated their situation carefully, lost some members, gained two remarkable additions to their ranks, namely Mattias Ruejas Jonson and a gentleman aptly called Hugo Zombie. Trapped on a one way road, they dissected their own catalog, spawning a full four records since their self-titled debut in 2012, re-assembled their sound, rehearsed their butts off, played live as much as never before. “We re-booted the band”, Alex describes it. “The new line-up of Then Comes Silence took the shape of a rock band, more than ever before.”

Their huge new album “Machine” is a reflection of that: More rock, more death, more unhealthy obsessions with all things dark and sinister. “I wanted to take a different turn away from the path and not make just another ‘Blood’.” Alex took the matter gravely serious and even helmed it as producer. “In 2016 we sprinkled the recordings with cash and had no idea how to calculate the cost”, he honestly recalls. “We had a generous budget for a small band and no experience how to use it. We believed we could lean back and take the ride. The hangover came later.”

“Machine” was a very painful album to write, in many ways a return to their humble beginnings as a Swedish underground phenomenon. The gripping beats, the eerily cold melodies, the wintry guitars and those ghostly hooks prove it was all worth it – even the “lost album” written by Alex before even starting on “Machine”. It all lead to this point. It all lead to seductive, gloomy anthems like “We Lose The Night”, “Dark End” or “Kill It”. Mixed by legend Stefan Glaumann (Rammstein, Deathstars, Killing Joke), Then Comes Silence come full circle and finally sound like they ever wanted to – “like ice cold water running through a pipe of stainless steel on a November morning.” Hearts will be melted. Blood will freeze.

Jointly waving the flags of post-punk and goth, Alex regards Then Comes Silence as a rock’n’roll band for the darker side of things. “There will not be any new Bowies, McCartneys, Ramones or Lemmys for a long time. Not in this contemporary pop cultural world we are working in”, he says. “We have to be the Rhinemaidens guarding the Rheingold. Become the guardians of the holy grail until the day the new rock prophets are born.”

The grim reaper would approve. Totally. After “Blood”, predominantly written to cope with the death of Alex’s father, the end of all things comes in an altogether new, fiendishly alluring shape. “There’s absolutely no meaning in rebelling against death”, he shrugs. “Even though death is bringing grief and pain to the ones left behind, we have to accept the fact it’s everyone’s final destination. Its’ supposed to be that way. Deal with it. We’re all going there.” Once you start dealing with it, Alex is pretty sure, it will reflect positively on life in general. “If we talk about death, sing about death and think about death regularly we might feel better and appreciate everything around us more. Maybe we could reach a higher quality inside. I think about death everyday and that makes me a nicer person I’m sure.” Death, the ultimate muse. 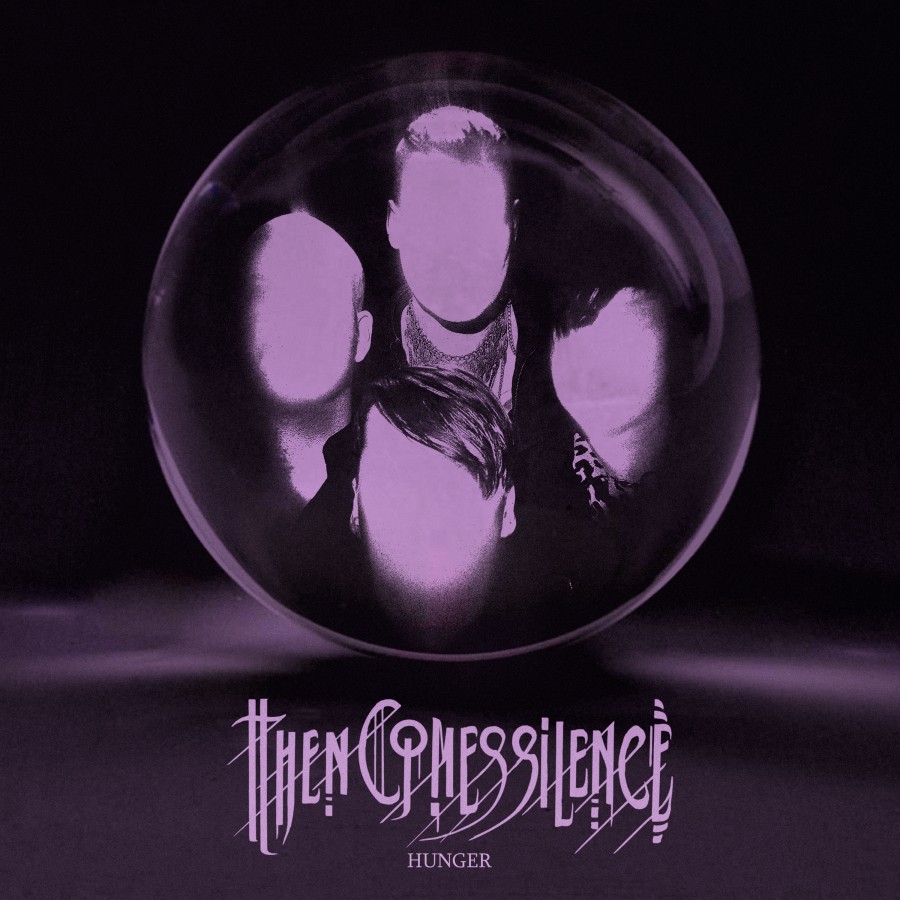 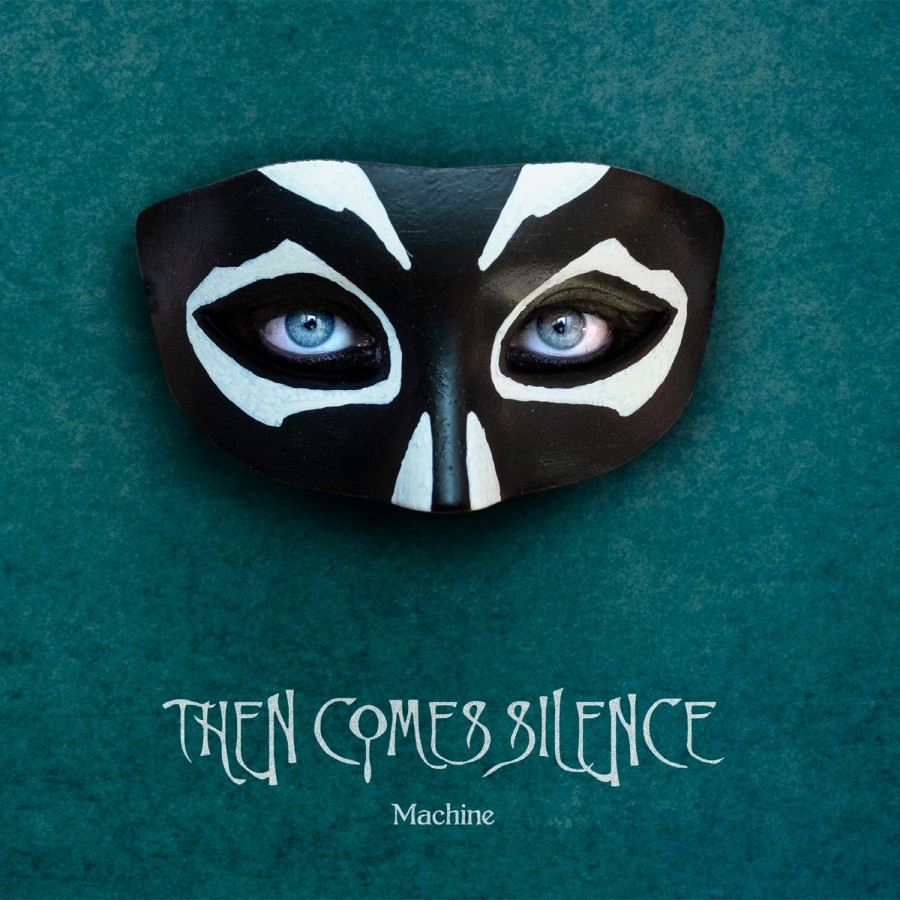